With 1,000 producers and near-ideal grape-growing conditions, the second-largest wine region in the US might just make the best wines you’ve never tasted. Tina Gellie reports. 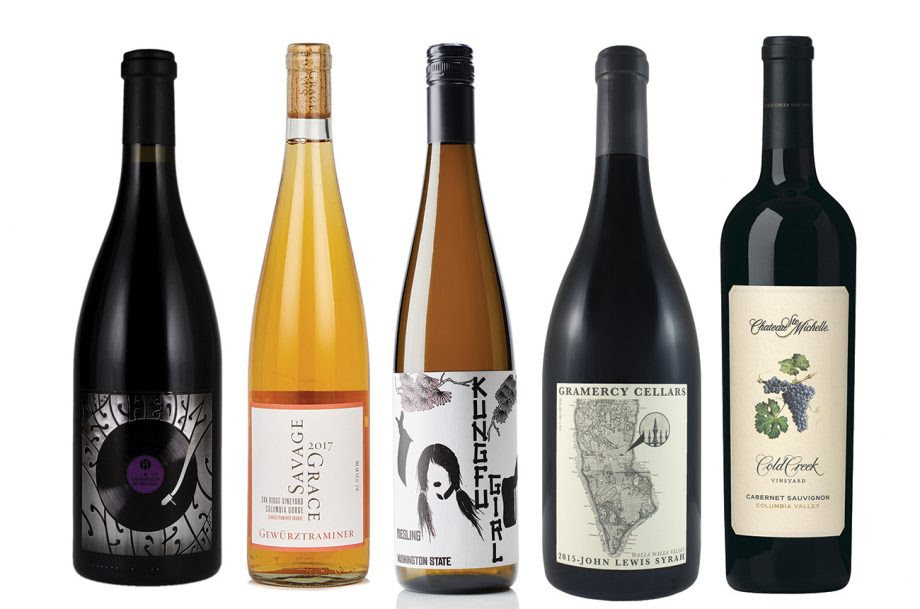 People keep saying: “Washington is an up-and-coming wine region”. We are no longer up and coming; we’ve made it and we’re here to stay!’ It was a rousing statement by Quilceda Creek winemaker Alex Stewart at a seminar in Seattle, where some of Washington State’s best Cabernets had been pitted against the likes of Pauillac’s Château Pontet Canet and Napa’s Chateau Montelena in a blind tasting.

Stewart might have softened his words if the outcome had been different. But not only were the mature and recent vintages from Hedges Family Estate, Soos Creek, Leonetti Cellar and Quilceda Creek worthy enough to stand alongside ringers from Bordeaux and Napa – the regions Washington Cabernets are most compared to – in many cases the verdict from the room was that they were better.

The lie of the land

Washington is the second largest wine region in the US, with its 1,000 wineries producing 18 million cases a year from more than 70 grape varieties planted to 24,000ha of vines in 14 AVAs. A mouthful of stats, yes, but impressive – especially when you consider that less than 30 years ago there were just 19 wineries and so few hectares under vine that the grape growers’ association didn’t bother counting them.

The majority of Washington’s vineyards lie east of the Cascade Mountain Range, where its shadow results in a desert-like continental climate with just 200mm of rain a year. Soils are poor but water-retaining: a mix of alluvial silt, loess and gravel deposited by the Missoula Floods, which swept through at the end of the last ice age 15,000 years ago.

The vast Columbia Valley AVA covers 4.6 million ha, of which 23,000ha are under vine. It encompasses 99% of other AVAs including Yakima Valley, the oldest and largest, which grows more than a third of Washington vines. Yakima itself has three sub-AVAs: Snipes Mountain, Rattlesnake Hills and one of the state’s best sites, Red Mountain.

Between Yakima and the Columbia River, the border between Washington and Oregon, lies Horse Heaven Hills, the second-largest AVA that produces 25% of the state’s fruit. Rising to 550m, it boasts the 1972-planted Champoux vineyard and is a source of Washington’s most awarded and expensive wines.

Walla Walla Valley is the eastern-most vineyard area and a cross-border AVA with Oregon. It has the highest concentration of wineries as well as the oldest; Italian immigrants started growing grapes here in the 1850s.

‘Washington is just a dream place to make wine,’ said David Larsen of Soos Creek. ‘Except for a few low yields, fruit quality has always been high. I’ve never had a bad vintage – very few places in the world can say that.’ This is in part due to the 300 sunshine days a year as well as diurnal temperature differences of more than 20°C that help the grapes retain acidity and complexity. Warm, dry winds and few pest or disease threats also means the state is ideal for organic and biodynamic farming.

Riesling is the fourth most-planted variety, with 2,500ha, but Cabernet Sauvignon is king, with three times as many vines. Merlot and Chardonnay slot in between, but it is Syrah, with 1,850ha, that’s most exciting – and offers producers a useful point of difference against the Burgundian varieties of Oregon and California’s renown with Cabernet Sauvignon.

Moneyed-up Seattle locals working for Amazon, Microsoft and Starbucks buy up the best of the Washington wines – usually from the boutique estates that have no need to export. By consequence, it’s mainly wineries with big production volumes whose more affordable bottles we see on UK shelves or wine lists, such as the brands produced by Chateau Ste-Michelle and Charles Smith.

But as the following wines show, there are more wines than you think available to UK wine lovers. They’re not cheap, but quality is high and there’s a freshness often lacking in many similarly priced Californian wines.

It may have taken the rest of the world 30 years to catch on, but Washington wines have made it, and they’re here to stay.

Master Sommelier Greg Harrington established his winery in 2005. This is a stellar, meaty Syrah that typifies the ‘iron fist in a velvet glove’ idiom: a terroir-driven core of bramble fruit, earthy, mineral notes and hints of violet and bacon fat. Tight, tannic mouthfeel thanks to 19 months’ French oak.

An ethereal, lifted Syrah thanks to 66% whole-bunch fermentation of fruit, that showcases musky red cherry and wild raspberry, along with hints of cherry cola, pot pourri and pepper. Vibrant with lovely weight and freshness, and gentle oak spice from 18 months in used puncheons.
Points 94

Get info on upcoming events, releases and behind-the-scenes dirt.